I wrote two posts earlier this year regarding the appearance and then sudden disappearance of a pair of still functional cowboy boots along the irrigation ditch road in our neighborhood.

Well, strange things keep happening around that location and I’m starting to wonder about what gyrating forces of the unknown are lurking around there. No, I’m not wacko, just interested in weirdness.

Earlier this week on our daily walk, at the exact same spot where we found and then unfound the cowboy boots, there was a thick slab of white Lexan plastic material about a 18-inches square with the letter B and number 3 etched into it. “B3,”as maybe for a marker for a parking space or an overly large Bingo game piece. Otherwise, there was nothing else to identify what it was used for or why it was there. Then two days later, it was gone.

On Wednesday, we were told by one of our neighbors that a stripped mid-80s Camaro had been found just across the ditch from where we spotted the cowboy boots and the large plastic sign.  There was mystery surrounding it too. Our neighbor, who reported finding the car to local police, said it had been determined that the car was either towed there after being stripped or stripped on the spot. Towing it there after it was stripped — including its wheels and tires — would have been pretty hard to do. And there was no evidence of a wheel less car being dragged to that location. I suppose it could have been loaded onto a flatbed truck and moved there, but that seems like a lot of work for four wheels and tires,  taillight lenses and a passenger seat.

Our neighbor said she had not observed the abandoned vehicle during her early morning walk, so if it was stripped between that time and when she spotted it later in the day, it was a pretty brazen job.  There’s a lot of traffic on that street, including police from the town of Mesilla who cruise through our neighborhood on a fairly frequent basis. The perps even found time to put the vehicle up on blocks after it was stripped.

The car has now disappeared, apparently moved under the authority of the police. Or maybe it was transported through the neighborhood portal.

Which brings me to my final point of weirdness in the neighborhood — a new wave of turkey vultures, commonly known as buzzards. A flock of these large birds shows up in our neighborhood every spring and hang around through the summer, flying swirling patterns in the thermals over our houses. This year, even more of these intimidating looking birds have shown up, inhabiting not one but two giant pine trees about two blocks apart. It’s always been fun to watch them, particularly in the evening on a breezy day when they make multiple passes before settling to roost with their wings spread in the tall pine trees. And at that point, they begin to poop on their feet. (Yes, that’s true — read item No. 3 in this link if you’re not too squeamish:  14 Things You Should Know About Vultures | Mental Floss) But having two flocks of these birds swooping (and pooping) around makes the neighborhood appear (and smell) a bit more ominous. 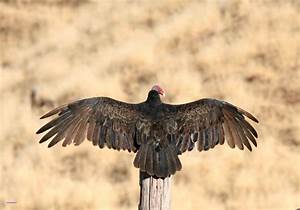 Maybe they got the word that there is a fourth wave of COVID-19 coming soon to our area.  I hope not. Stay safe.