Odors, scents, smells — good and bad — often make lasting memories in our brains. We associate a particular moment, time of year, place, person or experience with them.

I can still remember the smell of Aqua Net hairspray that girls in my high school spritzed on themselves to pump up their bubble hairdo that was so common in the late 1960s. Toxic as it probably was for the environment, it gave me pleasant memories of that time of first infatuation with the opposite sex, young and the faint hope that you might one day actually be of interest to one of them. It was young love in a single sniff.

Similarly, an odor that always reminds me of the Albuquerque Balloon Fiesta and my good times there for almost 35 years is Cocoa Puffs cereal. Immediately south of the Fiesta launch field is the General Mills cereal factory, which each fall produces a batch of Cocoa Puffs for waiting kids around the nation. The unmistakable sticky sweet odor drifts up from the factory’s ventilators into the atmosphere and into your nostrils as you pass over and downwind of the plant. All you need is some milk. 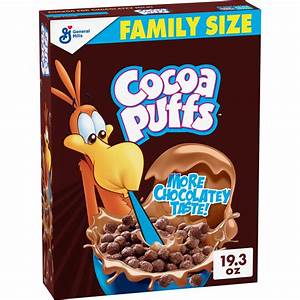 For my wife, who grew up on a farm in the middle of Nebraska, it’s the smell of freshly cut alfalfa from late spring until early fall that reminds her of home.

Similarly in Las Cruces, smells of late fall remind me of red enchiladas. North of our home, there is a factory that begins processing red chile for various uses just when the air starts turning colder. With a predictable down-valley drainage wind, the smell of processed red chile envelopes our neighborhood. The first day or two that you smell the processed chile is appealing and pleasant, but by mid December it’s kind of annoying — like you’re working in a Mexican food restaurant 24 hours a day.

At a similar chile processing plant in Santa Teresa in southern Dona Ana County, things got a little more than just being annoying about 10 years ago. It seems that the facility was processing an exceptionally hot batch of habanero chiles when some of the powdered mix seeped into the main floor of the facility instead of going out through the ventilators.  So intense was the blast of habanero chile powder that a local HAZMAT crew was called in. One woman was taken to the hospital, and other workers complained of irritated eyes, sore throats and bloody noses.

Every New Mexican has encountered an exceptionally hot enchilada at one time or other and managed to suffer through eating it — with a good dose of sopapillas and honey to numb the taste buds afterwards. But in this case, the workers didn’t even have the pleasure of having their appetites satiated.